Access road to Riverton Landfill formally handed over to Community

The official hand over of the access road to the Riverton City Landfill took place on 14 November at the Power of Hope Deliverance Church in Riverton Meadows. The session started with a welcome prayer by Bishop Swayne Hazel and greetings from Mr. Denzil Thorpe, Permanent Secretary in the Ministry of Local Government and Community Development.

The UN Resident Coordinator and the UNDP Resident Representative Mr. Bruno Pouezat, then spoke on behalf the United Nations Office of Project Services (UNOPS), the UN agency responsible for implementing the project. He pointed out that the successful community-based approach has resulted in dramatic improvements in the living and environment conditions in the community. He also highlighted the involvement of women in the construction activities and the acquisition of new skills by community members.

Mr. Dennis Chung, Chairman of the National Solid Waste Management Authority thanked the UNOPS agency and the Mexican government which provided grant funding for the project. The Hon. Anthony Hylton, Member of Parliament, St Andrew West, applauded the community approach of the project which resulted in 250 new jobs for community members. Ambassador Cecilia Jaber from the Embassy of Mexico in Jamaica, congratulated all participants on their inputs and emphasized the importance of the project to the Mexican government.

Comments were shared by a representative of the community and the Hon. Desmond McKenzie, Minister of Local Government and Community Development, who praised the community for the peaceful and collaborative manner in which the project was executed. After a dedication prayer from Bishop Geofrey Stevens, the formal ribbon cutting and drive through on the newly rehabilitated concrete road took place. Several residents interacted with the invited guests and openly expressed their gratitude for the socio-economic and environment improvements which they now enjoy. 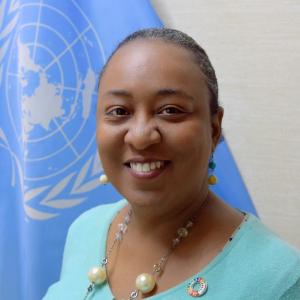