Eliminating stigma, discrimination, and violence against vulnerable communities is vital to ending inequalities and achieving Agenda 2030

Today, the Jamaican Economy Panel (JEP) published the twelfth round of discussions. For this month’s discussion, the JEP answered questions about stigma, discrimination, and violence faced by vulnerable and marginalised communities. They also shared their perspectives on what is and should be done to reduce exclusion and marginalisation in Jamaican society.

For most of the members of the Jamaican Economy Panel (JEP)  stigma, discrimination, and violence perpetrated against vulnerable and marginalised communities are important concerns in Jamaica and a possible hindrance to fully achieving the SDGs. The JEP expressed that those most affected by stigma and discrimination and various forms of violence in Jamaica are women and girls, people from inner-city communities, and lesbian, gay, bisexual, transgender, and queer (LGBTQ) people. These were followed by people with disabilities, people living with HIV and people who are homeless.

On the heels of the May 17th  International Day Against Homophobia, Transphobia and Biphobia 2022, the JEP also considered the impact of discrimination and violence on LGBTQ people as part of this month’s discussions. The majority of panellists expressed that a person’s livelihood and well-being were more likely to be affected by forms of stigma and discrimination that included physical abuse, closely followed by the denial of employment opportunities, as well as displacement and homelessness. The majority of panellists believe that all societal sectors could do more to reduce discrimination and violence against marginalised groups, including LGBTQ people.

When asked what could be done to protect marginalised groups from discrimination and violence, a majority of panellists expressed favour for a multisectoral response which would include the strengthening of anti-discriminatory laws and policies, increased community-based interventions and safer housing and shelter for people experiencing displacement and homelessness. A significant number of panellists also felt that school curricula should integrate human rights principles and non-discrimination.

“Stigma, discrimination and violence in all its forms are real human rights concerns that stymie an individual’s ability to contribute to nation-building. The Human Development Report (2000) articulates that human rights and human development share a ‘common vision and a common purpose—to secure the freedom, well-being and dignity of all people everywhere,’” Dr. Conille, said.

“The HIV and AIDS response documents stark examples of the devastating impact of stigma, discrimination, and violence because of one’s health status. Studies show that people living with HIV, who perceive elevated levels of HIV-related stigma, are 2.4 times more likely to delay seeking care until they are severely ill. Such fears often contribute to discouraging uptake of prevention and testing services for HIV,” Amenya said.

“In Jamaica, the Stigma Index (2020) found that 38% of people living with HIV report having delayed testing, and 30% delayed initiating treatment because they feared how others would treat them,” Amenya added.

As in most countries worldwide, additional and accelerated efforts are needed in Jamaica to address stigma and discrimination in order to ensure that everyone can live peacefully with dignity and rights and participate fully in governance, cultural life and the economy while achieving their fullest potential.

Acknowledging the multidimensional urgency of the response, Dr. Nadine McCloud, Head Department of Economics, University of the West Indies said, “Eradicating stigma, discrimination and violence against vulnerable and marginalised groups in Jamaica is no easy commission. However, we must do so. The sentiments echoed by the panellists and other stakeholders strongly signal that there is an urgent need for hard and soft policies and laws that discourage discriminatory and abusive behaviour and hold perpetrators accountable."

For more information on the Jamaican Economy Panel and for the results of this JEP discussion visit here. 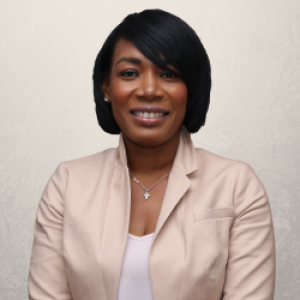 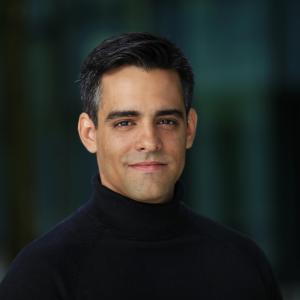